In just 4 days, this angel baby will be 8 months. I can't even begin to say how incredibly fast its gone by.  We are just nuts about this girl.  She eats all sorts of different baby foods and is hugely interested in what the rest of us are eating at every meal and I think she wishes she could get in on some of it.  Kandace still loves to carry her around and help keep her happy with toys or snacks.  Stahle gets lots of comments about her big blue eyes.  My 1st and 4th got the blue eye gene.  She is starting to get a little more nervous around strangers, so child watch is hard sometimes.  She sits up great but has no interest in forms of transportation, even rolling.  Maybe its good since it gives me some extra time to child proof.  She is super vocal and its my very favorite thing about this phase, is hearing her jabber and talk to us.  Stahle baby we love you to the moon!  :) XOXO 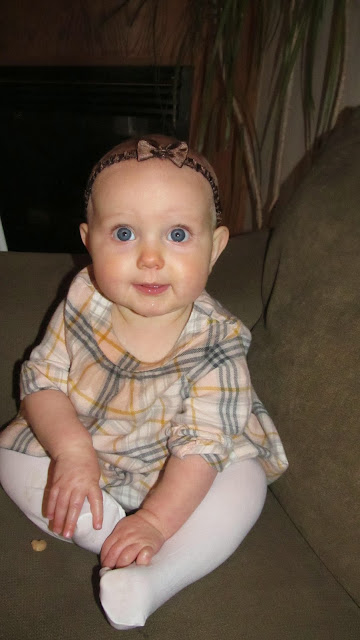 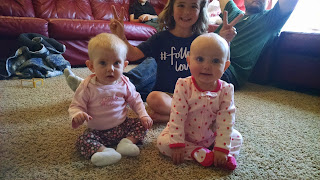 This is the 2nd time I've written this post, the last one got deleted, so this will be a shortened version.  A couple weekends ago, the kids and I decided to go see Michael in Casper since the kids had a 3 day weekend.  It was nice to get away and spend time together as a family without the day to day stresses of life.  We were grateful that our friends the Johnsons let us crash with them.  They are so awesome and an amazing example to our family. I wish we lived closer to them. The top pic is their youngest Reese, who is 8mos with Stahle, 7mos.  This is the first time ever my baby has been the larger one. :) 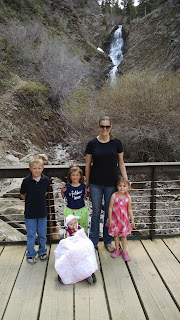 Saturday we packed in all sorts of fun.  First we drove to Casper mountain and hiked to this waterfall that the kids loved playing in.  Then we went to the tate museum by Casper college and saw the wholly mammoth they found in Casper in 2006 that is like 10,000 years old.  There was a super nice guy there that was like our personal tour guide and told  us everything we could ever want (or not wnat) to know about fossils and bones.  The most fun was the Casper rec.  They had some awesome slides that me and the kids went down about a million times.  They even let me take Janelle and Kandace one at a time on my lap.  Kandace was in heaven.  Janelle was more nervous.  Baby Stahle even got to try her swimsuit for the first time.  She wasn't in love with the water in the beginning but she warmed up to it towards the end.  Its funny that we have all these fun things in Billings, too but don't take advantage of them as much, because we're busy doing other things.  It was nice to have an excuse since we were on "vacation." :) 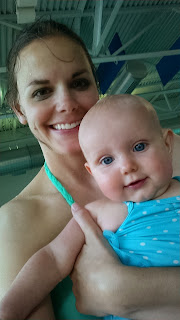 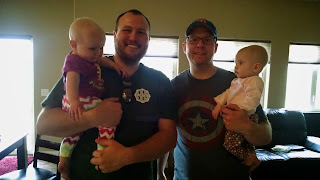 Here's Michael and Chauncy with their baby girls.  When we first met Johnson's about 7 years ago, they just had Eli and we just had Stetson.  We've each added 3 to our families and it was fun to see how their kids have grown. 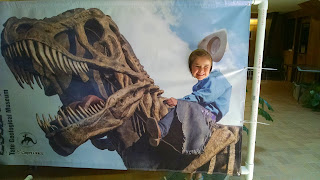 Kandace at the Tate museum.  Thanks Casper fun a fun weekend.
Posted by Emily Asay at 8:01 PM 1 comment: