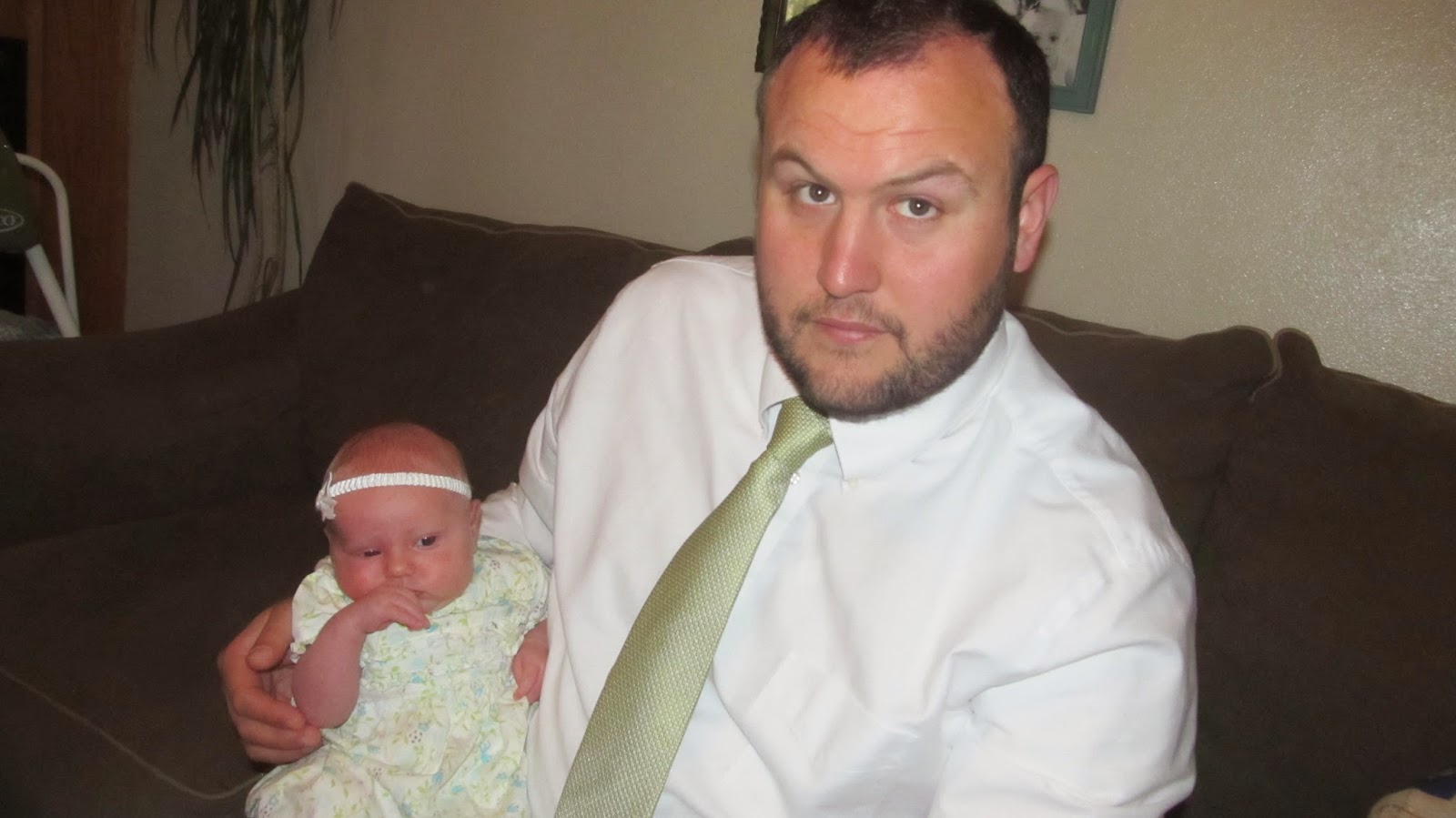 Today was stake conf and the first time we took baby girl Stahle to church.  It was fun to dress her up.  The girls always get excited when she gets to wear "daytime" clothes (as Kandace calls them) and not just pjs.  Michael's aunt Cheryl Esplin was one of the speakers--they had a broadcast from the general authorities.
My favorite talk was elder Scott.  He talked a lot about prayer and the power of prayer and how we should always pray, even and especially when we don't want to.  It was a great reminder for me. 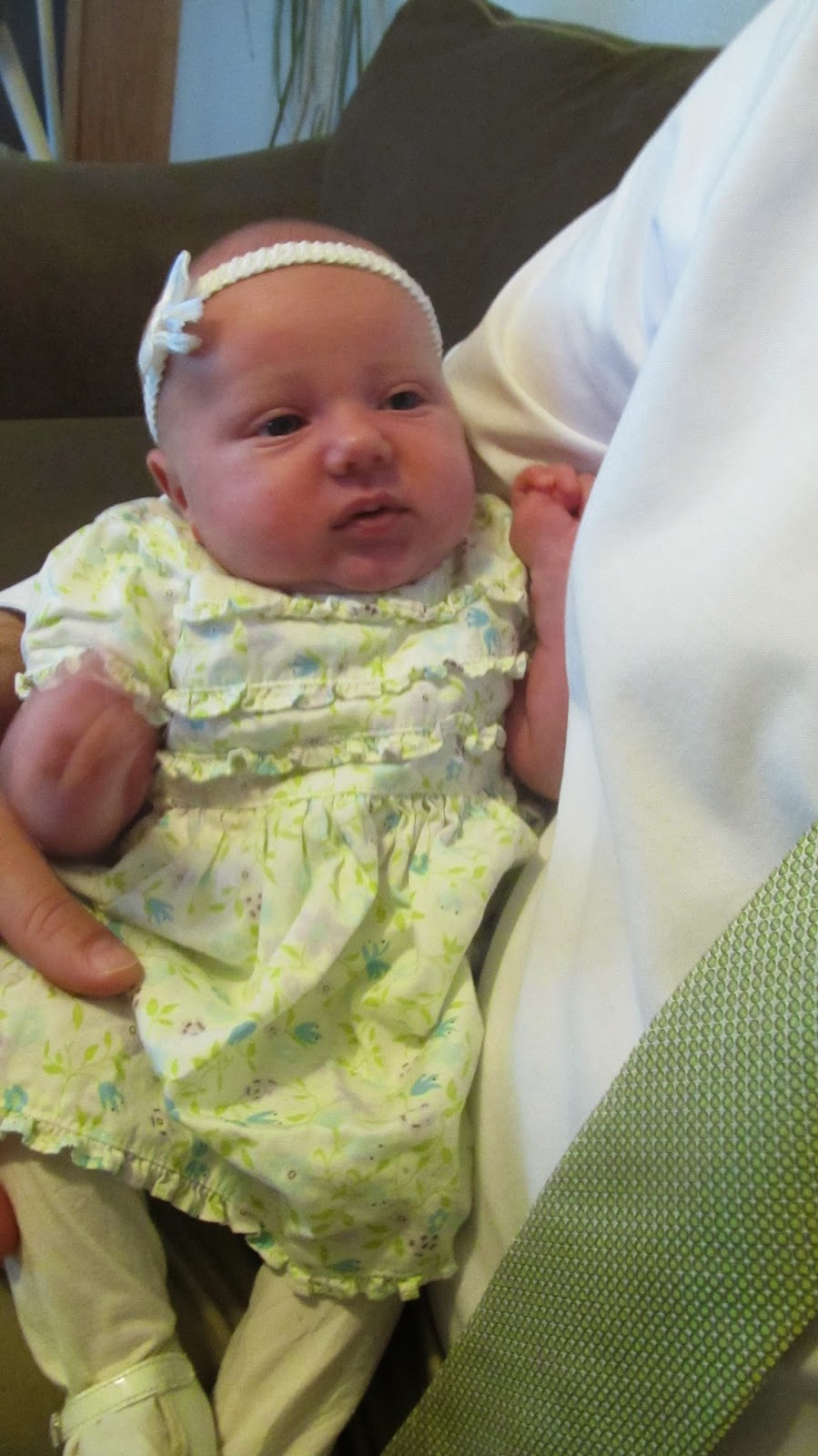 We love this beautiful girl!  Last night she slept from 10-4 then from like 4:30-7.  It was her best night so far.  She's already sleeping in Janelle's room which is a lifesaver for us because I can hear her every move and don't get much sleep when she's in our room.  Up until Fri night I was waking her at night to feed her so she wouldn't go more than 5 hrs since thats what we do for the first month, but I figure she's close enough to 1 month so I'm letting her go as long as she wants.  During the day she eats about every 2.5-3 hrs, has waketime for about 45 mins then sleeps for about an hour.  She doesn't always take great naps and her schedules not always perfect due to our schedule with having 3 other kids and what not but we try our best and she is gaining and looking really good.  Oh baby Stahle we love you and are so glad you came to our family! 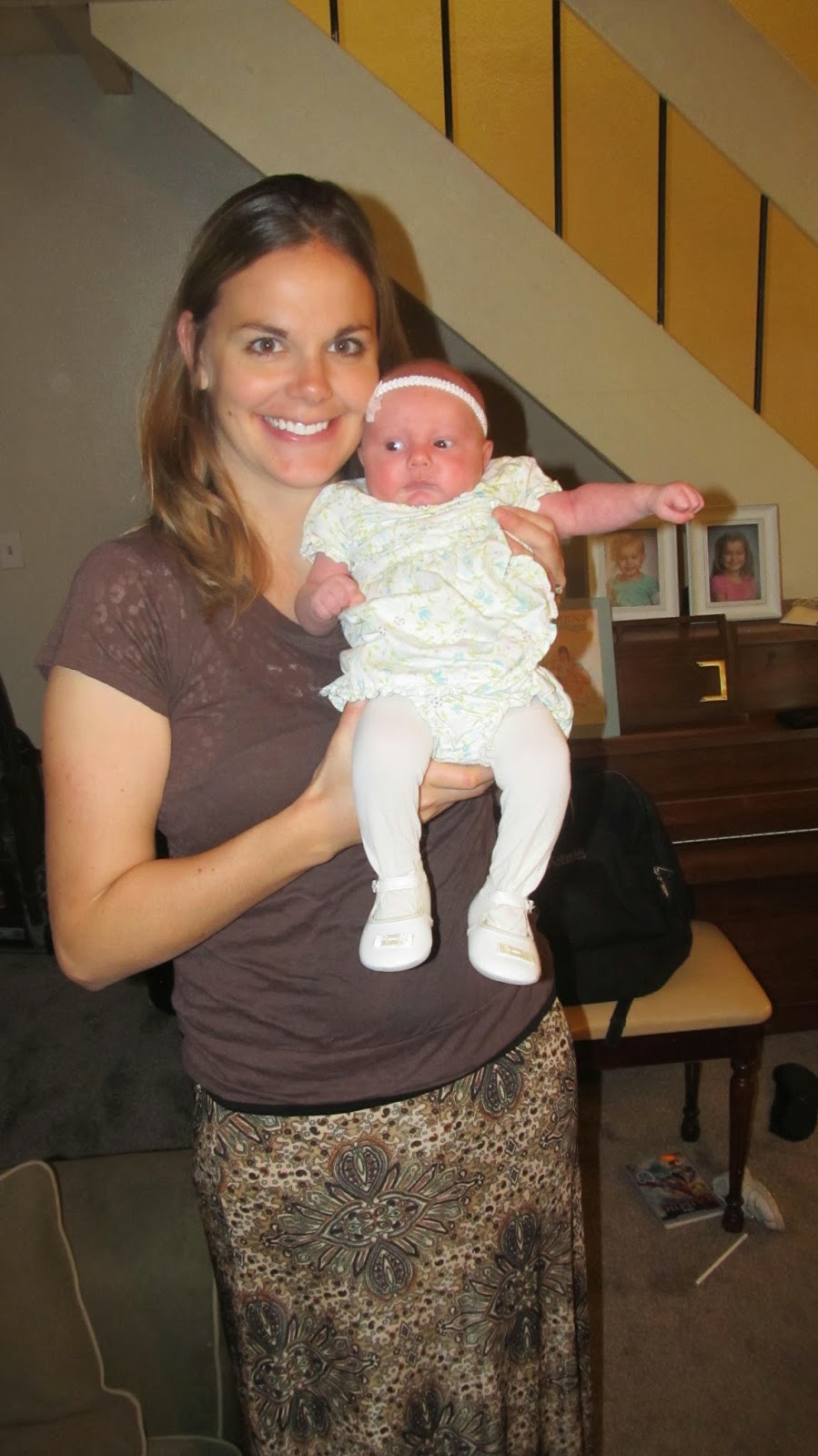 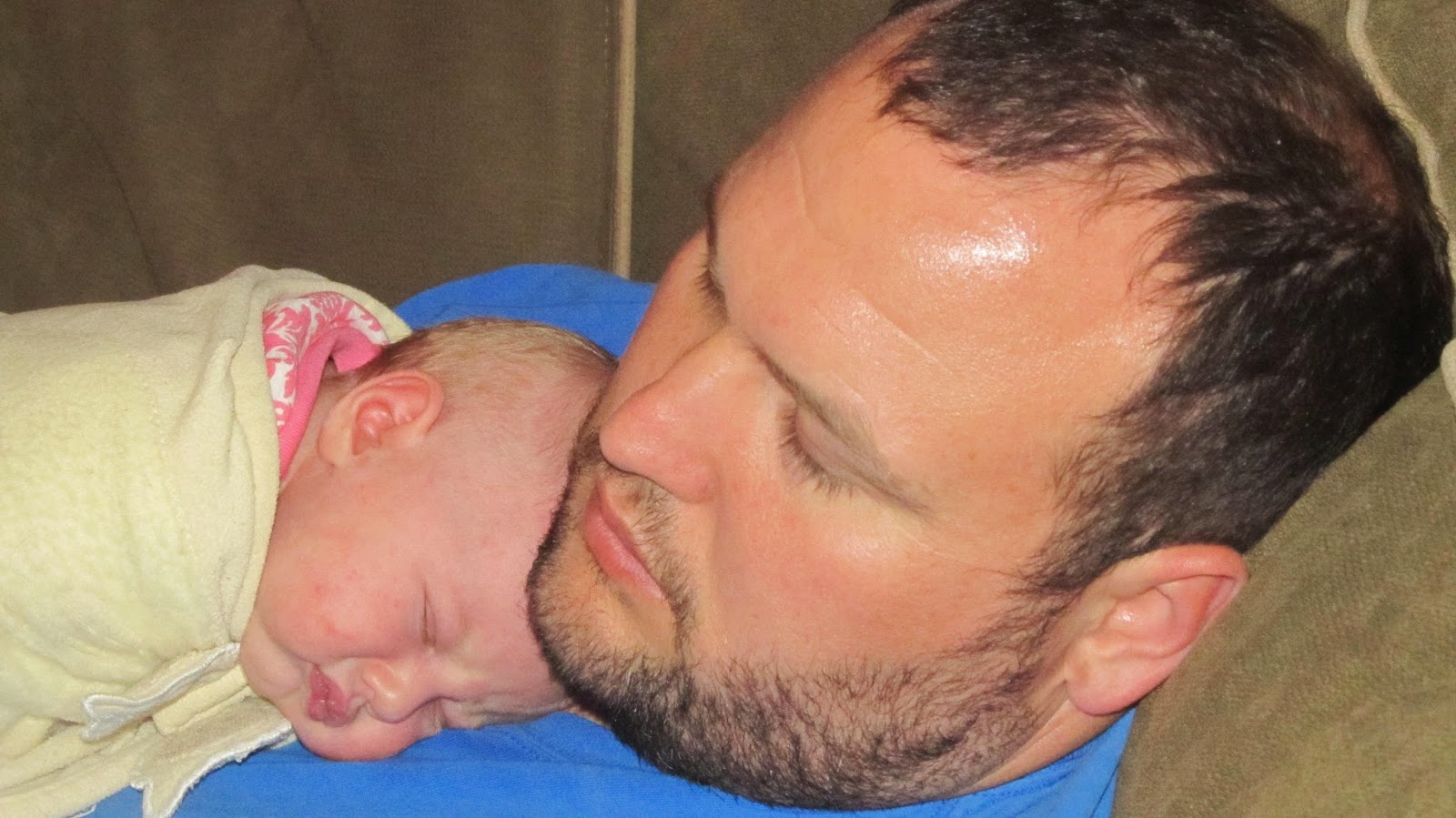 Stetson had a flag football game Saturday and it was the first one I got to go to.  He is way more aggressive and just more"into it" than he was last year.  I was so excited when Michael texted me last Sat that he had scored a touchdown!!!!!!!  I wish I'd been able to see that.  Stetson's coach is outstanding.  He's totally excited about the game, has lots of different plays, is really encouraging to the kids and they respond to him well.  Stetson loves him.  It felt great to get outside and be out and about even though it messes us Stahle'e schedule.  We hit wal-mart in the heights after the game then Michael dropped the girls off and he and Stetson his costco. 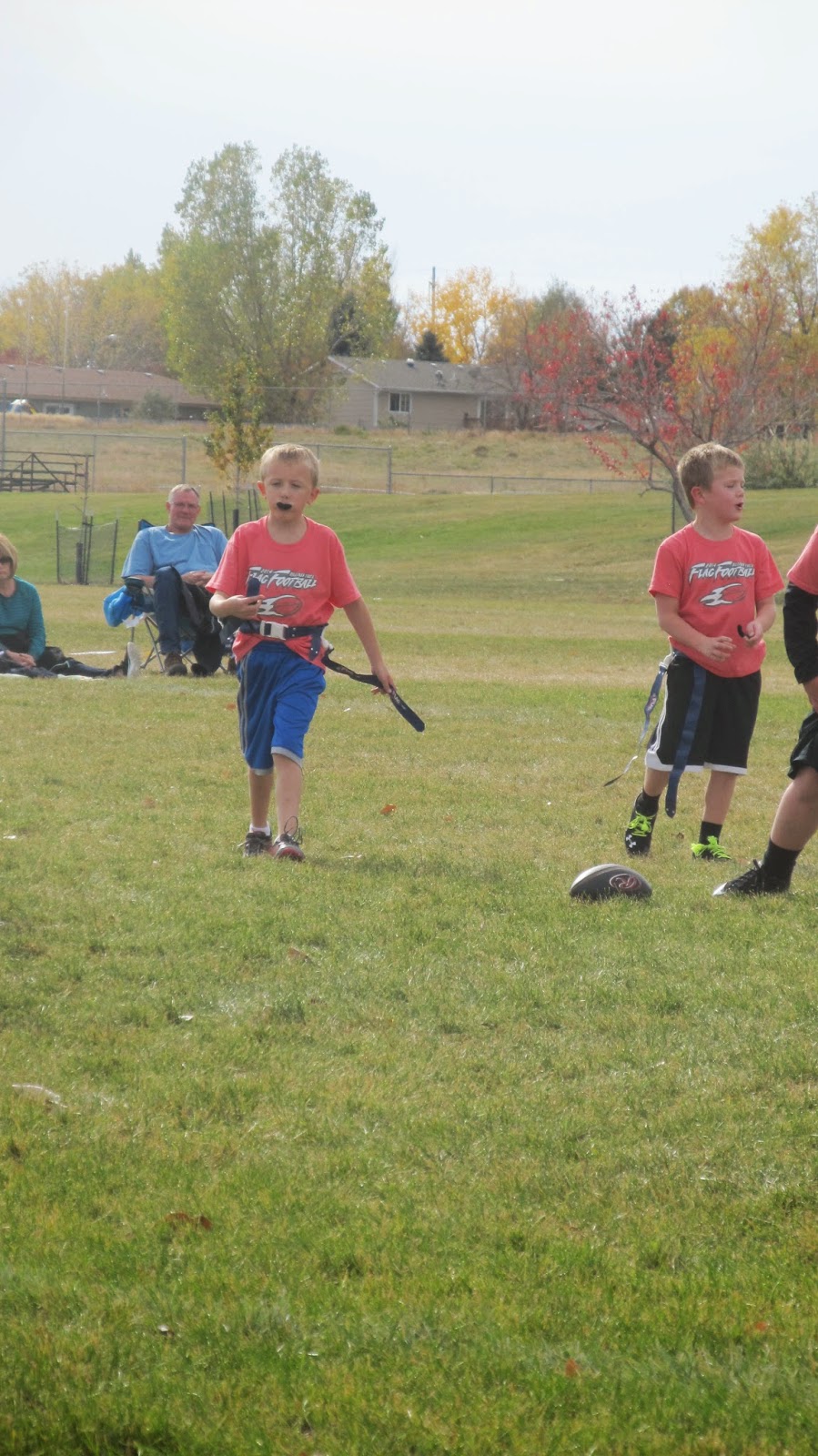 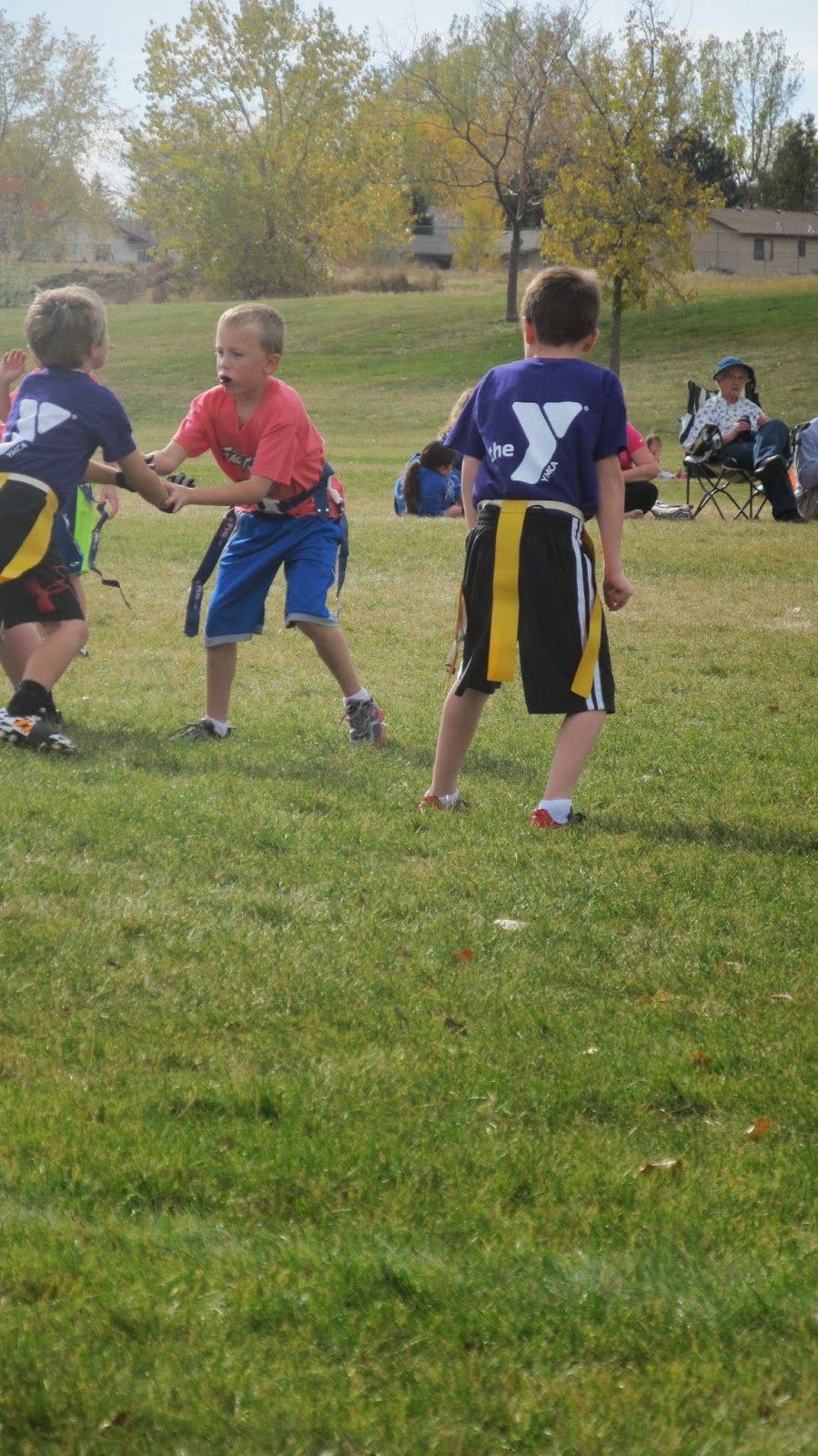 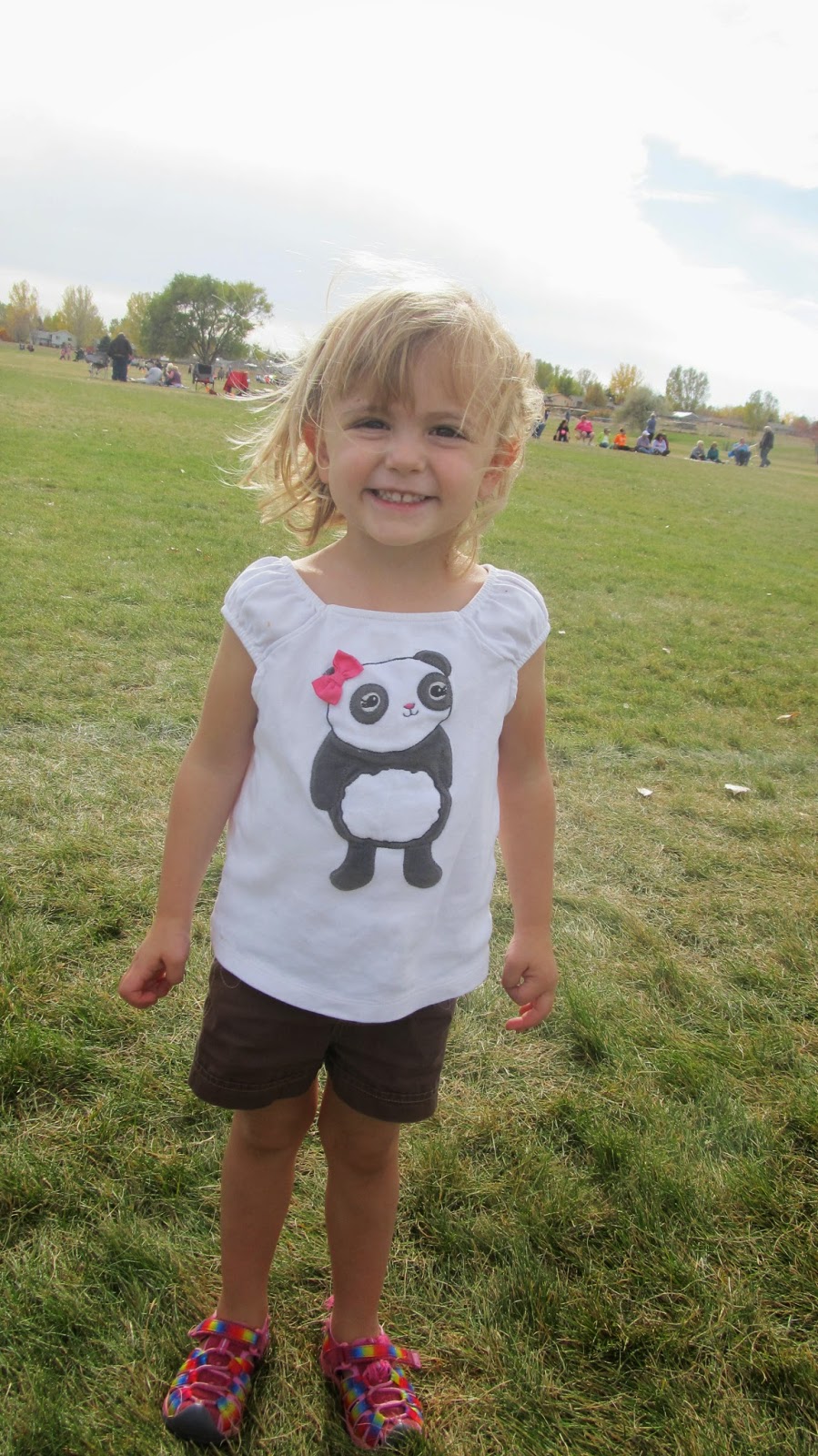 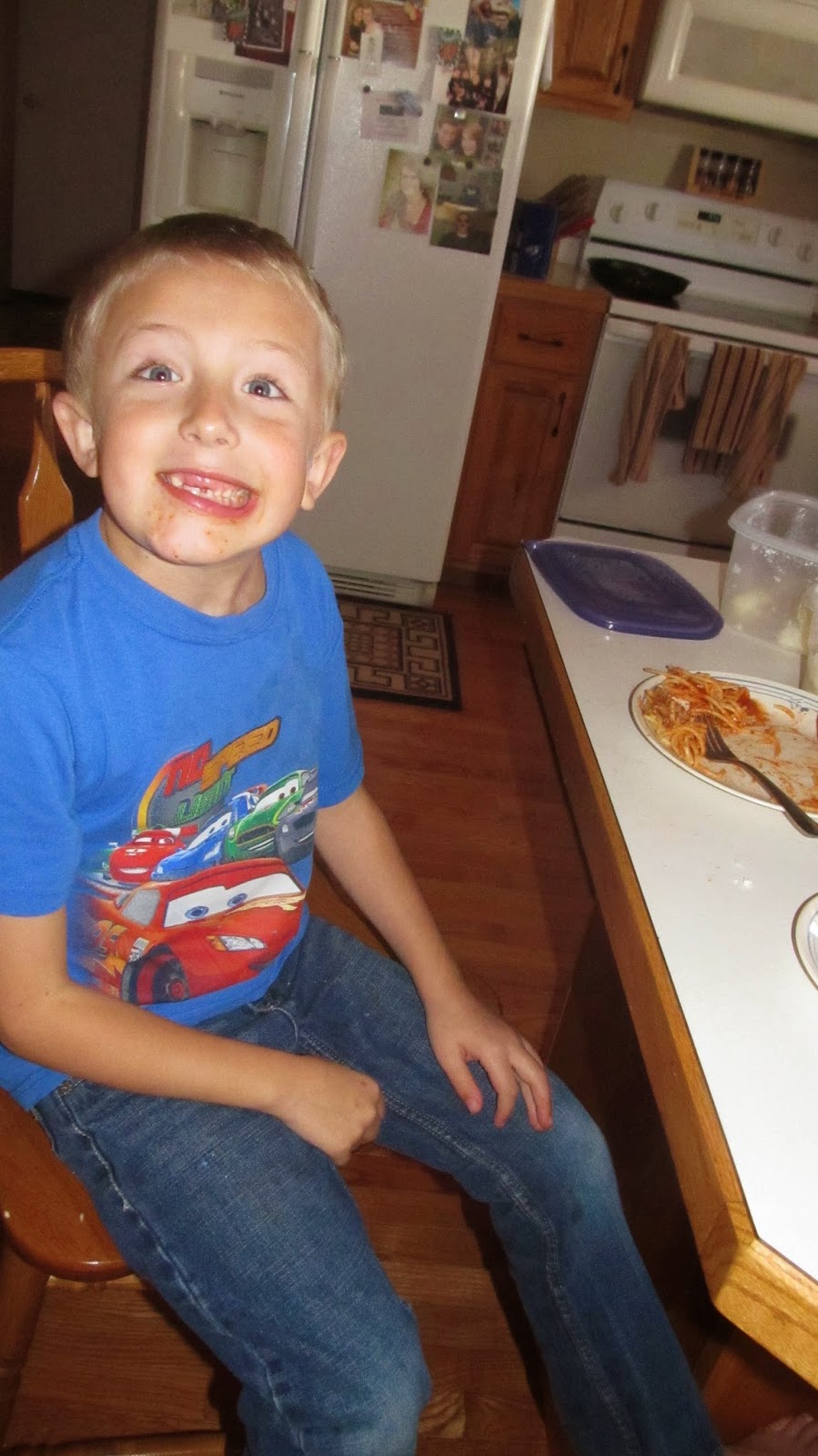 Last weekend the kids had a break from school so we headed down Thur afternoon, stayed that night and went home Fri afternoon.  We stayed at dads, even though it was his and Brenda's birthday.  They had plans for a trip to Billings but dad put it off til Monday so he could party with us and help with the kids.  Fri morning he took the kids to the big horn canyon overlook and then to the library while Stahle and I stayed home and rested. 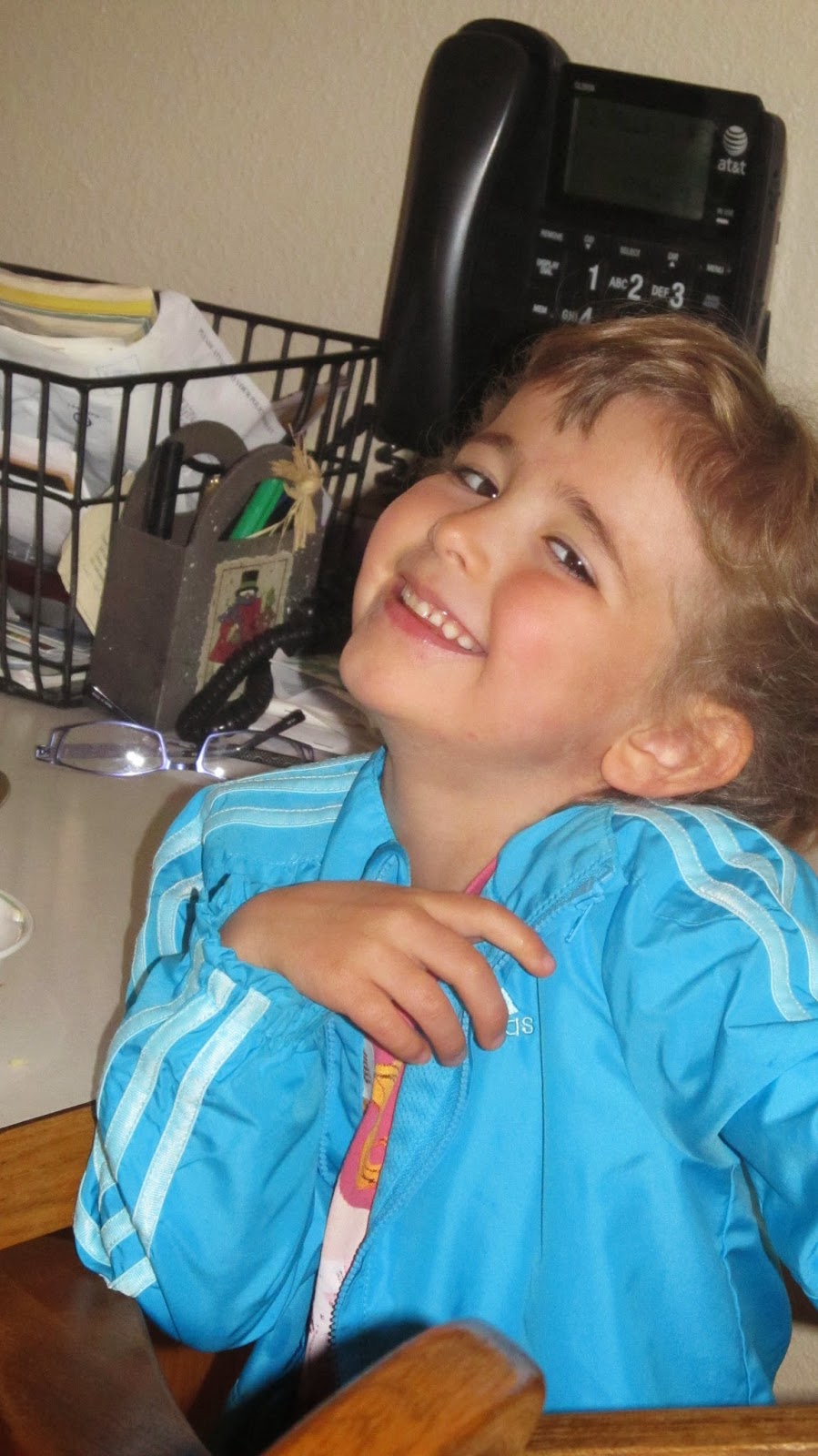 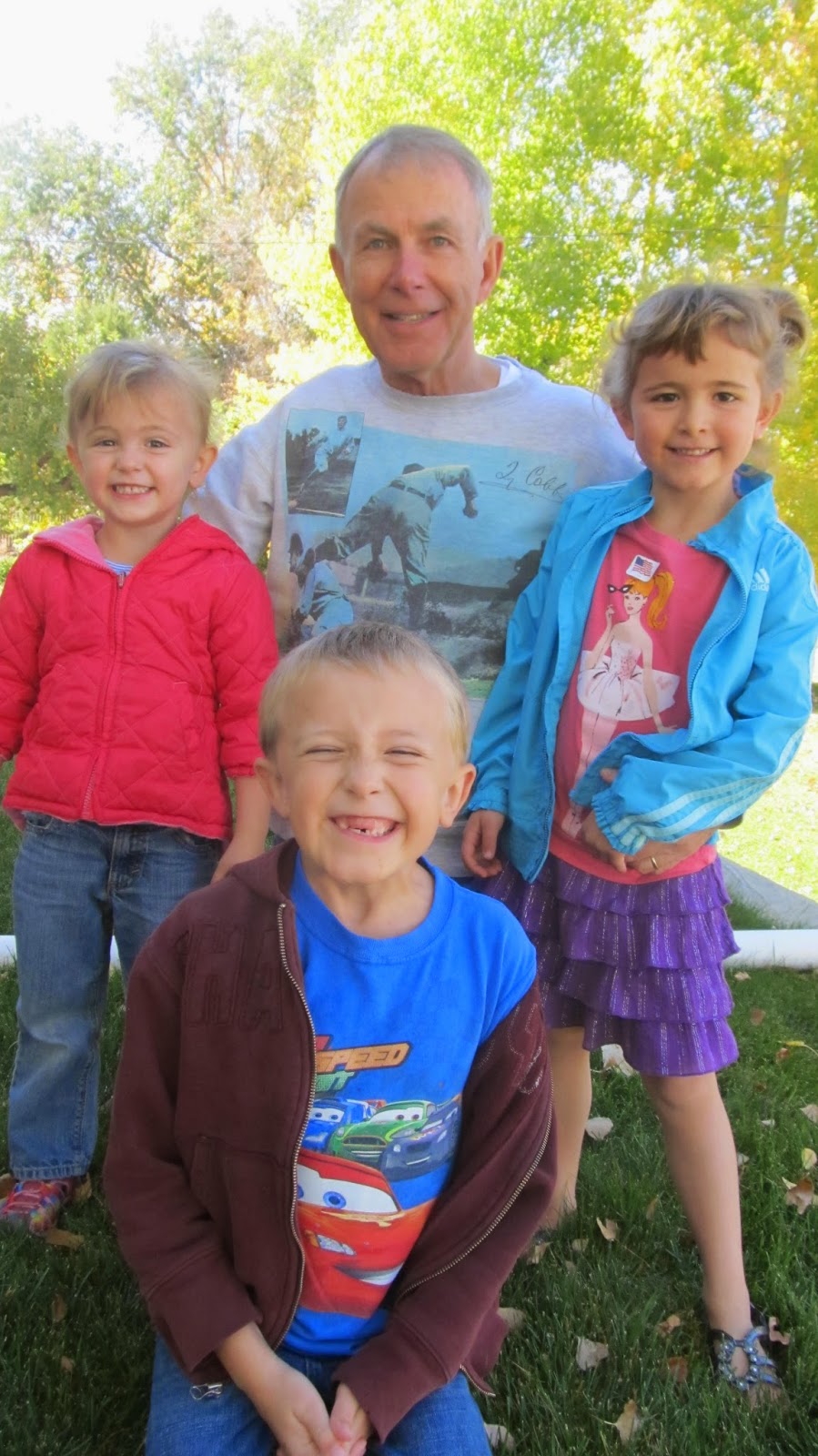 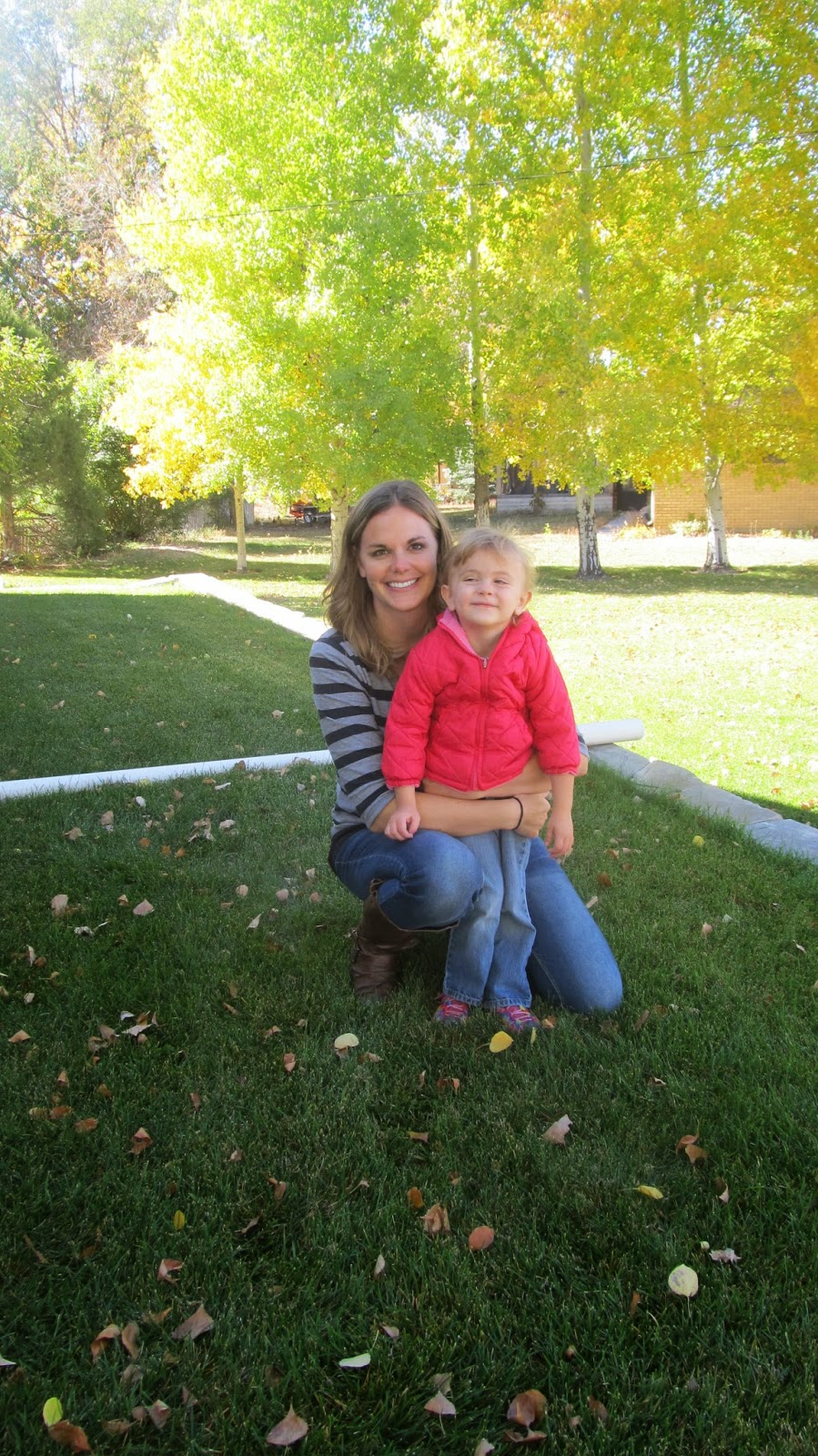 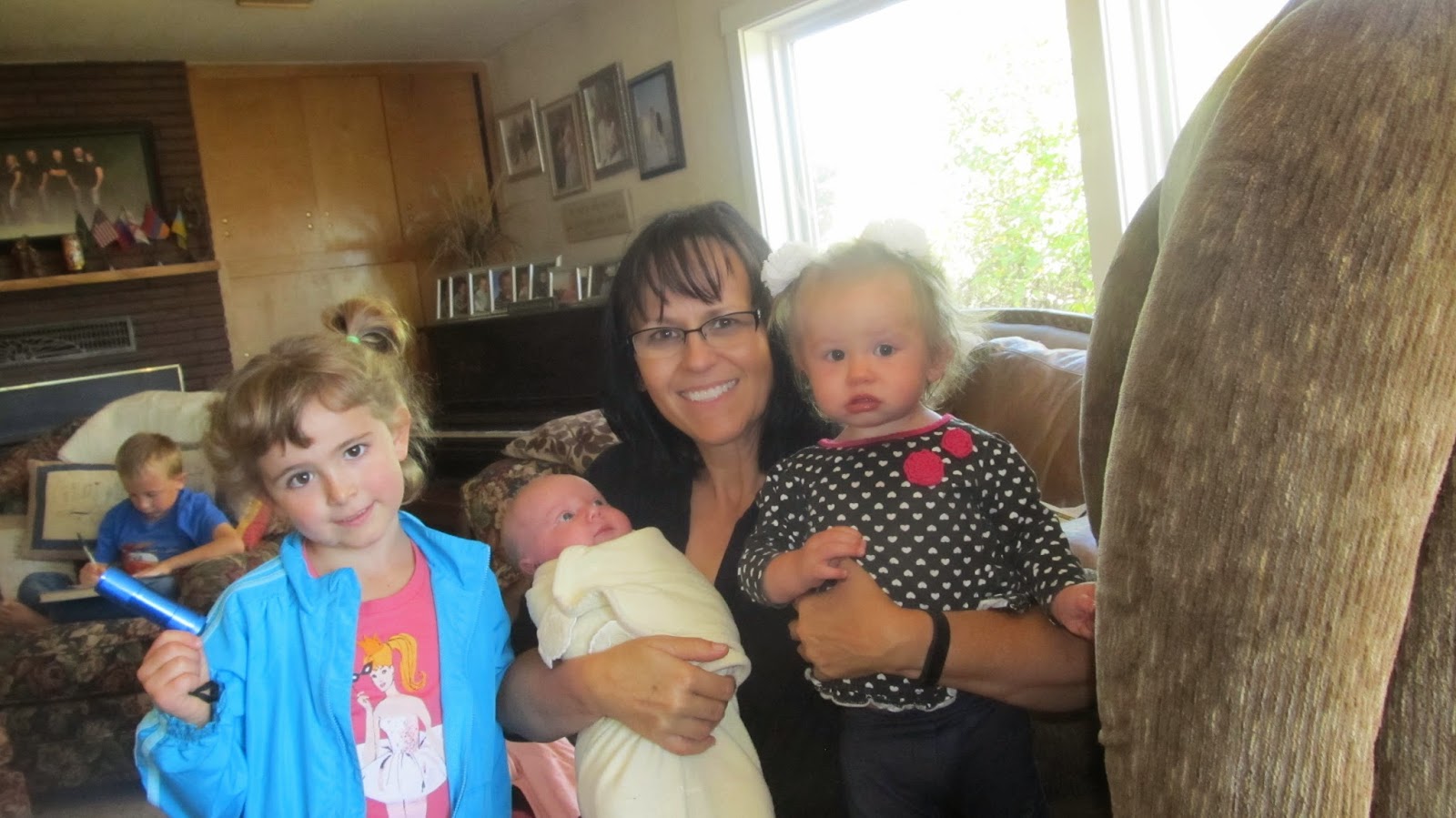 That afternoon we went to gma Asays.  My kids have the best grandparents.  We love them.
Posted by Emily Asay at 12:00 PM No comments: 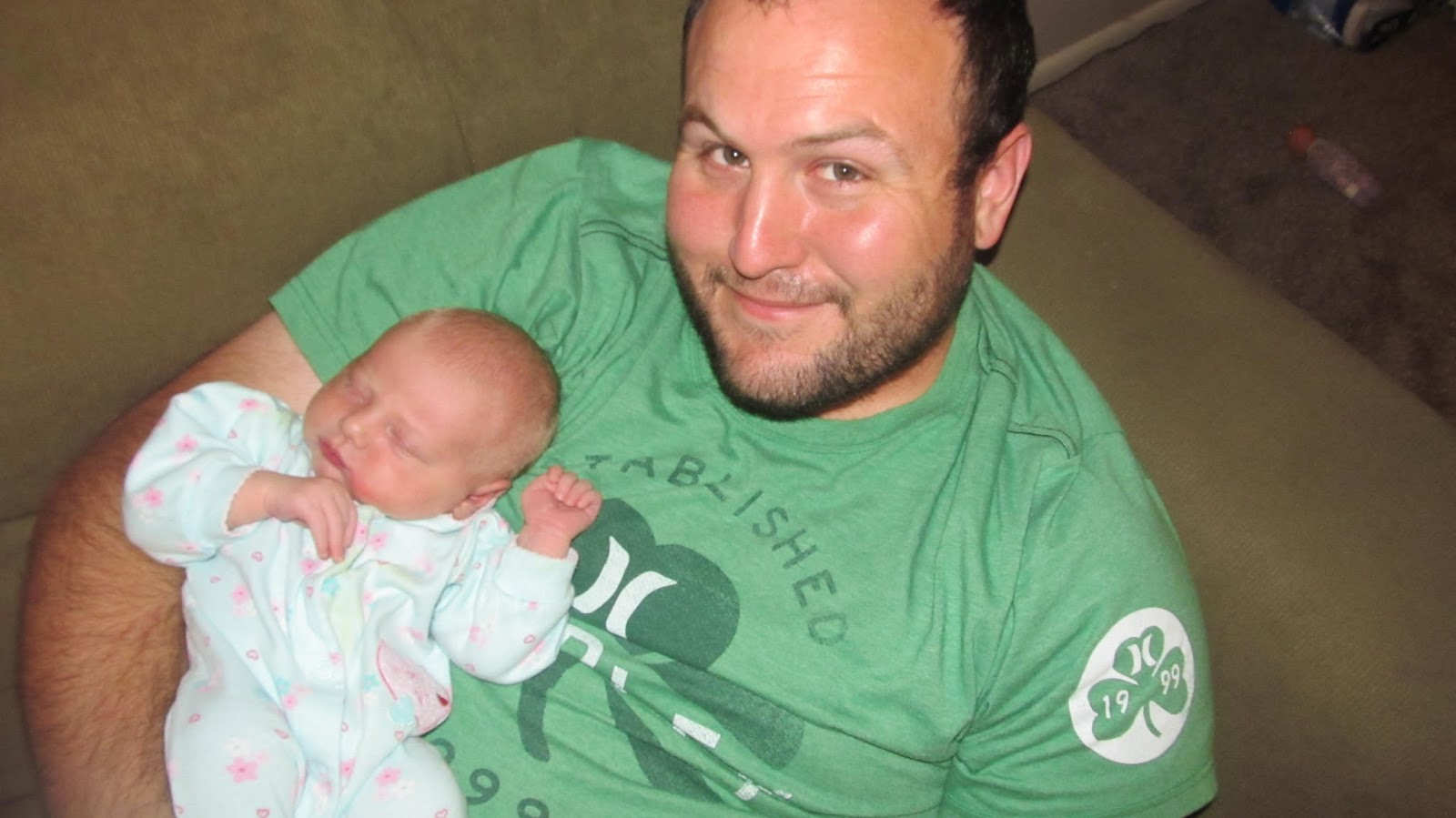 I'm posting pics I took from before the storm hit.  I apparently spoke too soon about having a good recovery, because on general conf Sunday I got super sick and wondered if I might have mastitis or a clogged duct.  Well I'm still not sure but I had a fever, chills, aches, and was in a lot of pain.  I think its a tender mercy that my friend Shannon had some amoxicillan from her mastitis and Michael could run over and get me started on some that night.  2nd tender mercy was that Michael had the next day off.   By Tuesday I was feeling way better and then another storm hit.  This storm is called stage 2 cervical prolapse.  Basically your pelvic floor muscles are like a little hammock holding your cervix, uterus and bladder, and over time, especially with multiples births, that muscle which is as thin as tissue paper, gets weakened.  I was having some symptoms of this so I called my midwife and she said I would need to stay horizontal for 3 days and to call a physical therapist who specializes in this.  The next day I went in and she showed me some exercises.  I do those once a day and lay on my wedge pillow 3 times a day for 15 minutes. It gets my hips up above my shoulders so gravity can help pull those organs where they need to be.  Having my midwife tell me to stay horizontal for 3 days was the worst thing to hear, since I have 4 kids to take care of and I was already a couple weeks post partum and thought I should be 100%.  I needed to be 100% to take care of my family.  My ward has been wonderful and they lined out babysitters for that entire week to take Janelle and the other 2 after school so I could try to stay flat.  I also had friends taking the kids to school and back.
I feel like things have improved even though I won't know for sure until I have an exam which I'm anxious for so I can know for sure whats going on.  They can't do it sooner than 6 weeks post partum because I need to make sure I'm 100% healed up down before they go looking around.
Sweet baby Stahle is everything and more we could ever want.  She is perfect and we adore her.  As do the rest of our kids.  They always want to hold her.  I take lots of pics of Janelle holding her first thing in the morning.
Last week I dropped and picked kids up from school.  I'm not supposed to lift anything heavier than Stahle so I can't carry her carseat which is kind of a pain.  I just carry her out to the car and back each time.
Michael has been a huge help like always.  He's basically been cooking all the meals, getting kids ready for school each morning, putting kids to bed and helping with other household things.  I've never been so excited to be able to do house work, because we've gotten behind.
Dad came and helped me clean last week.  He vacuumed my stairs, dusted, washed my kitchen walls and did anything else he could.  That same day my RS pres Sue Jorgensen came and brought lunch to me and ate with me.  So sweet. 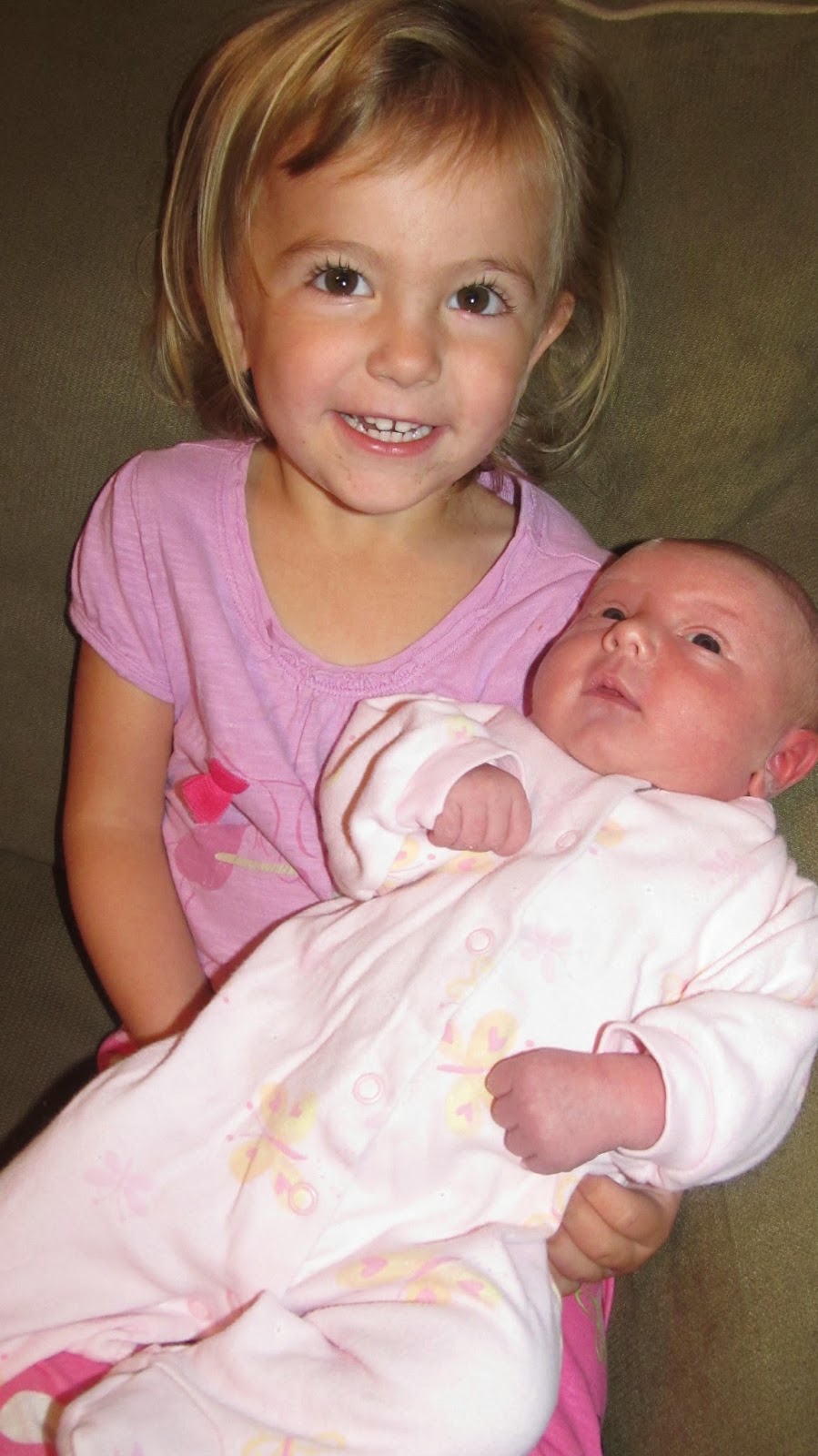 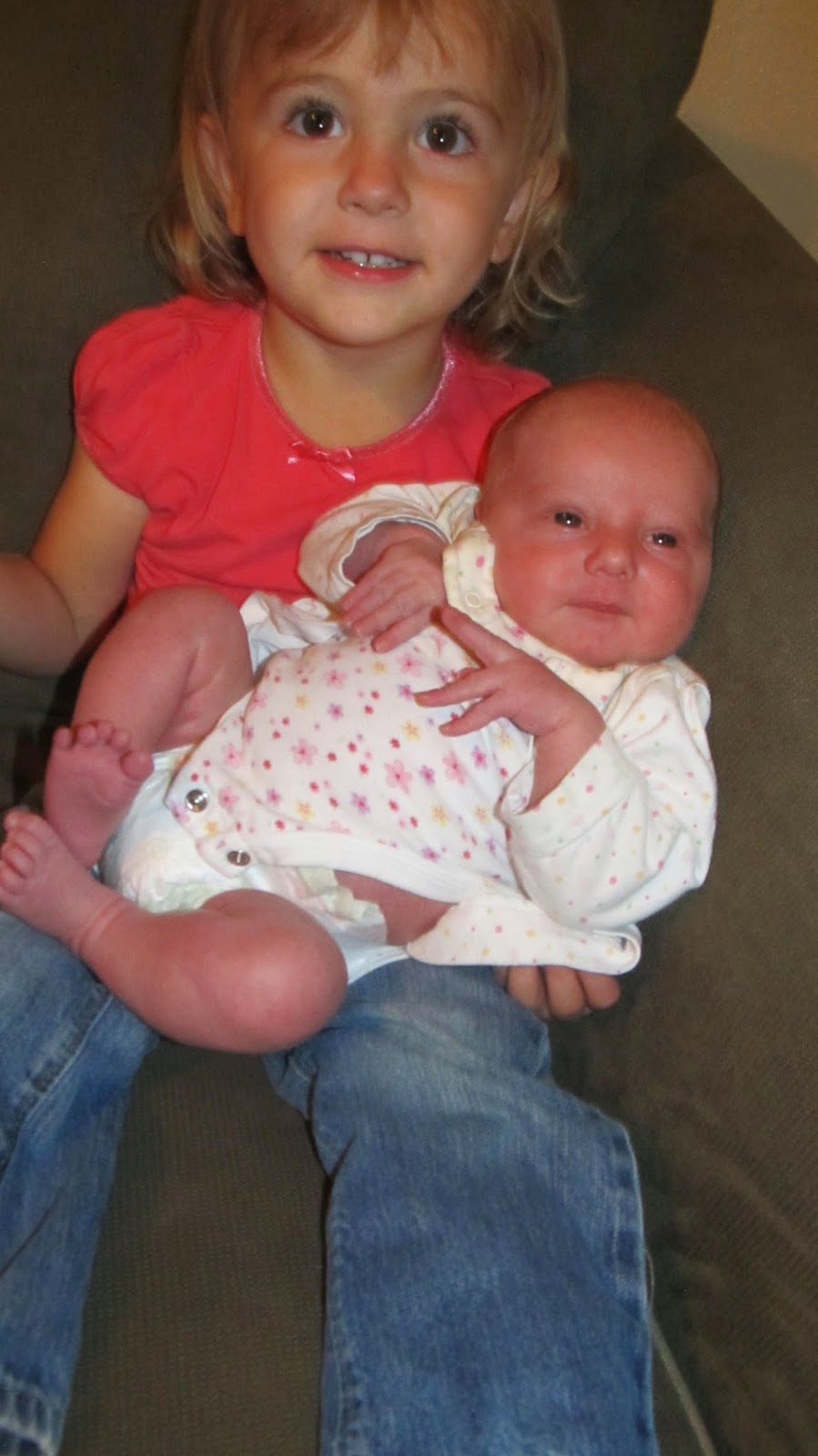 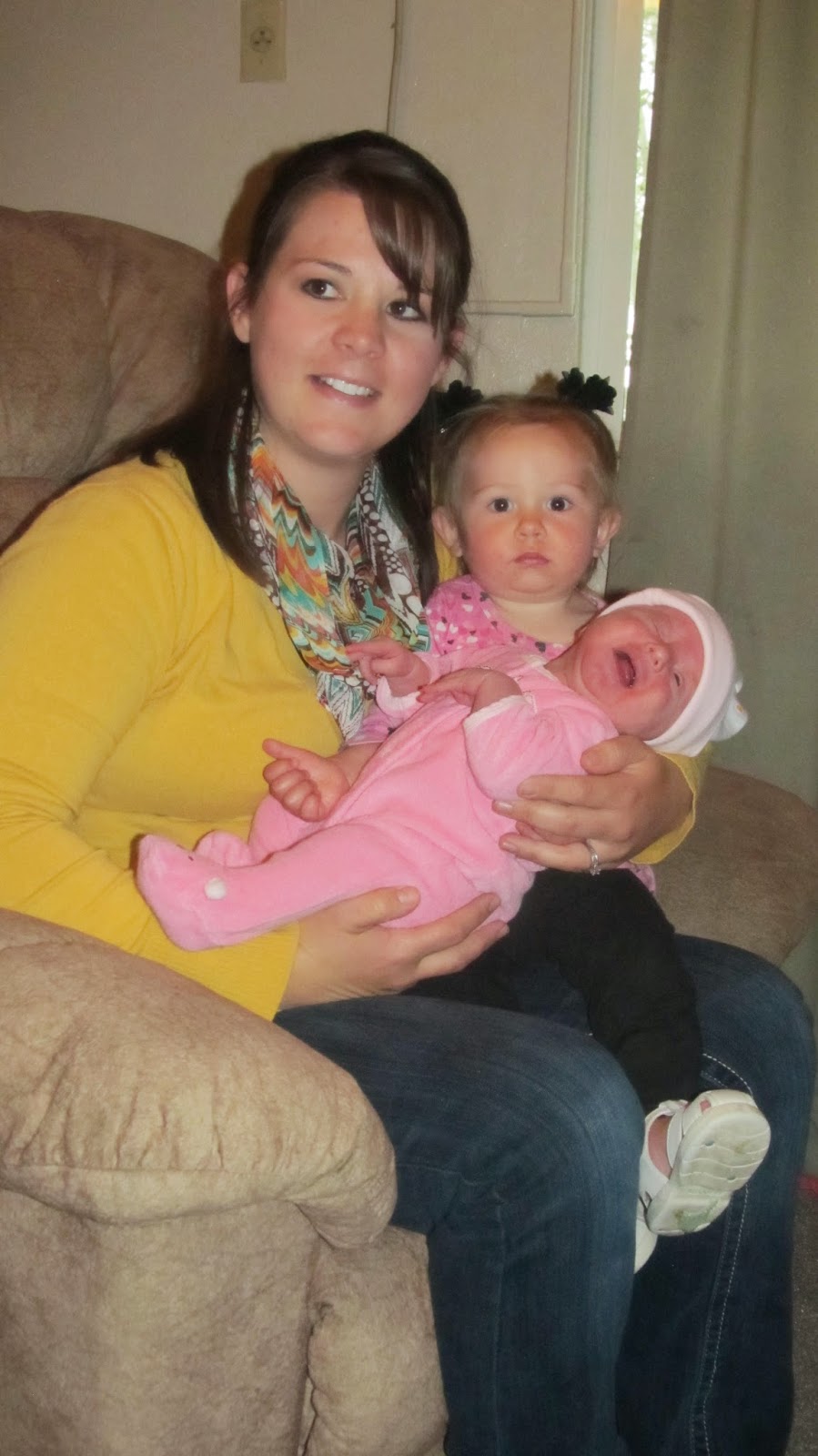 Aunt Jill and aunt Kasi came to see baby .  We were so happy they came.  And they brought some sweet gifts for Stahle and her siblings. 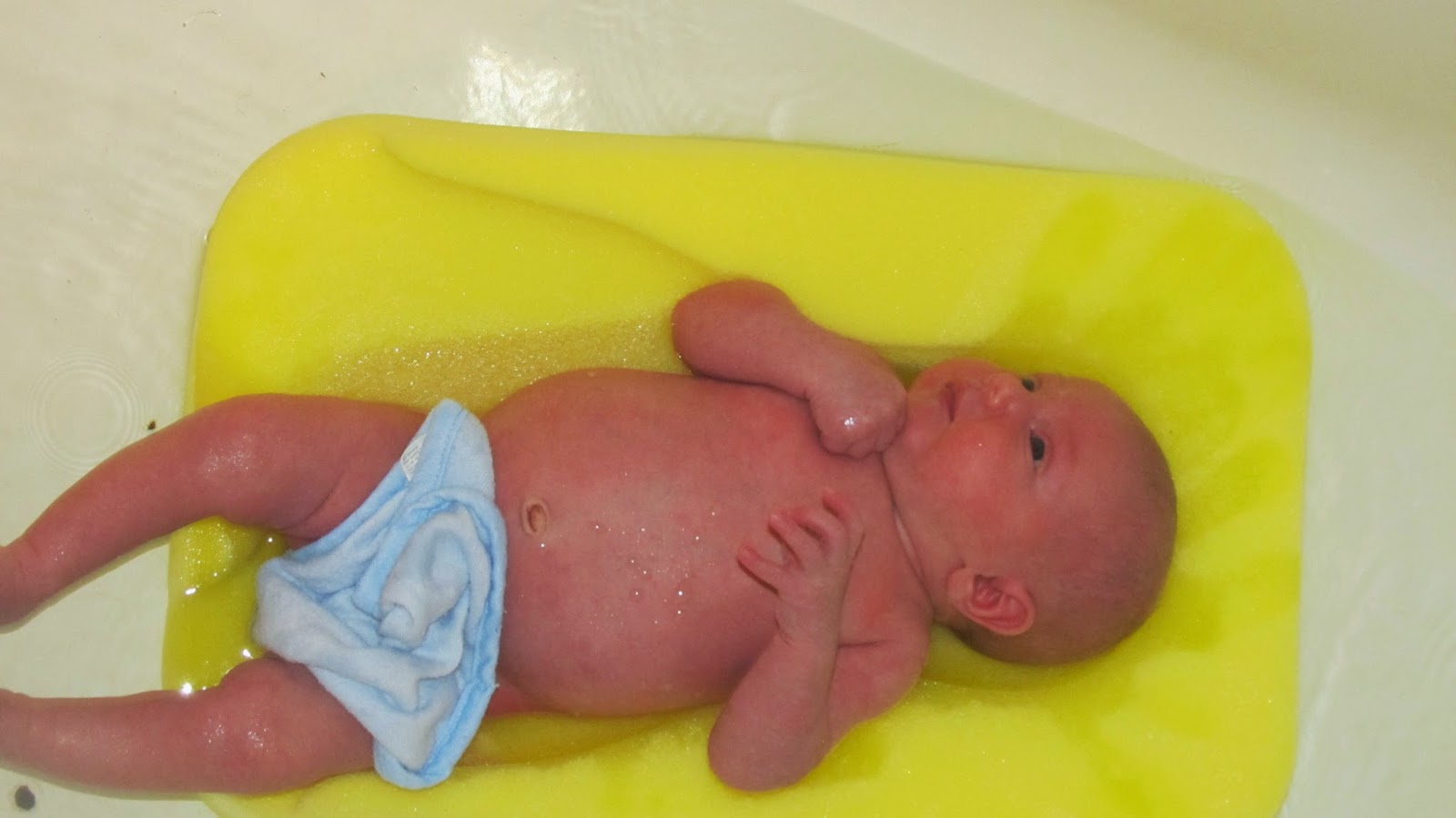 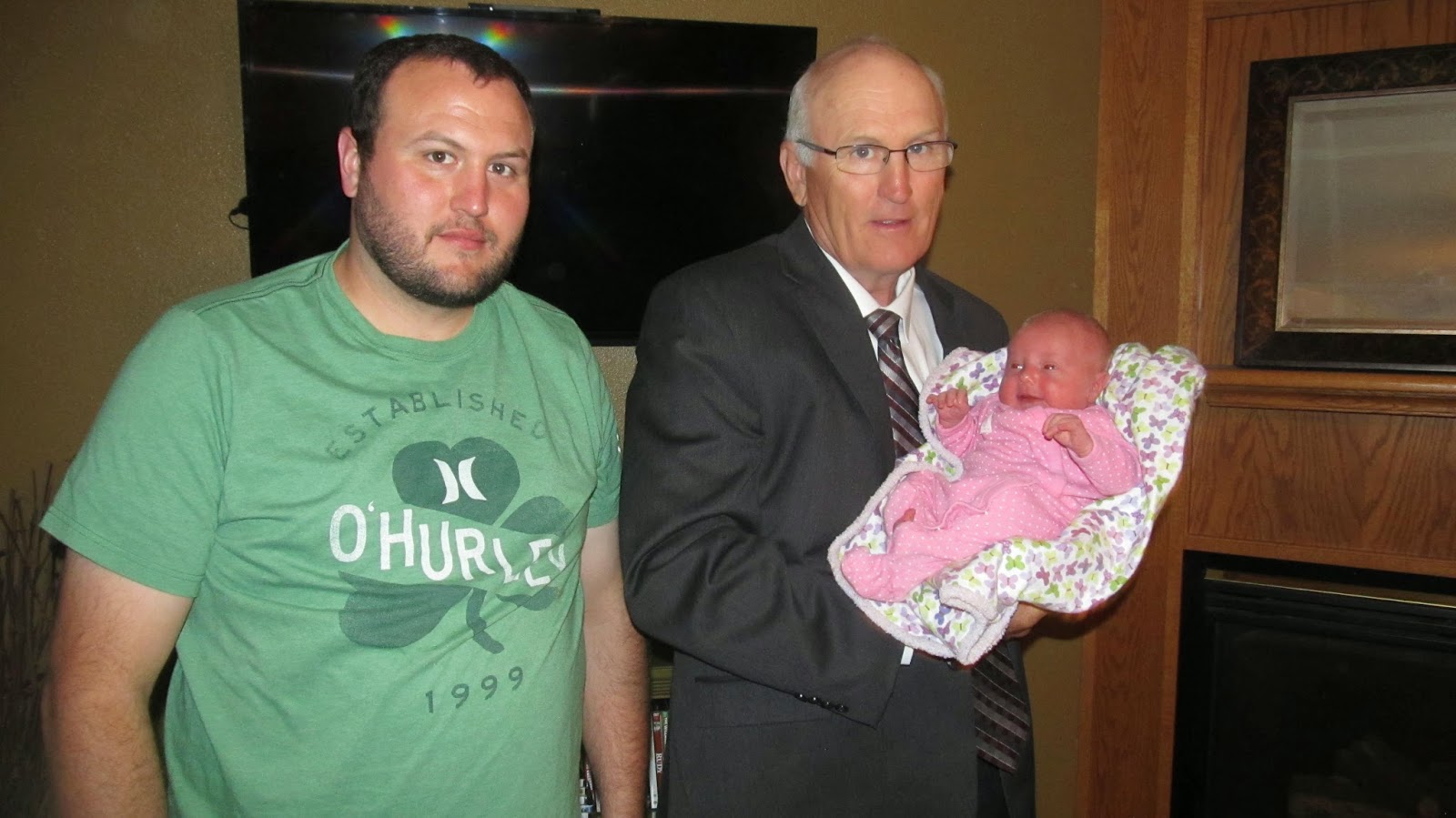 Michael and his dad with baby Stahle.  Stan's middle name is Stahle, which makes this name even cooler. 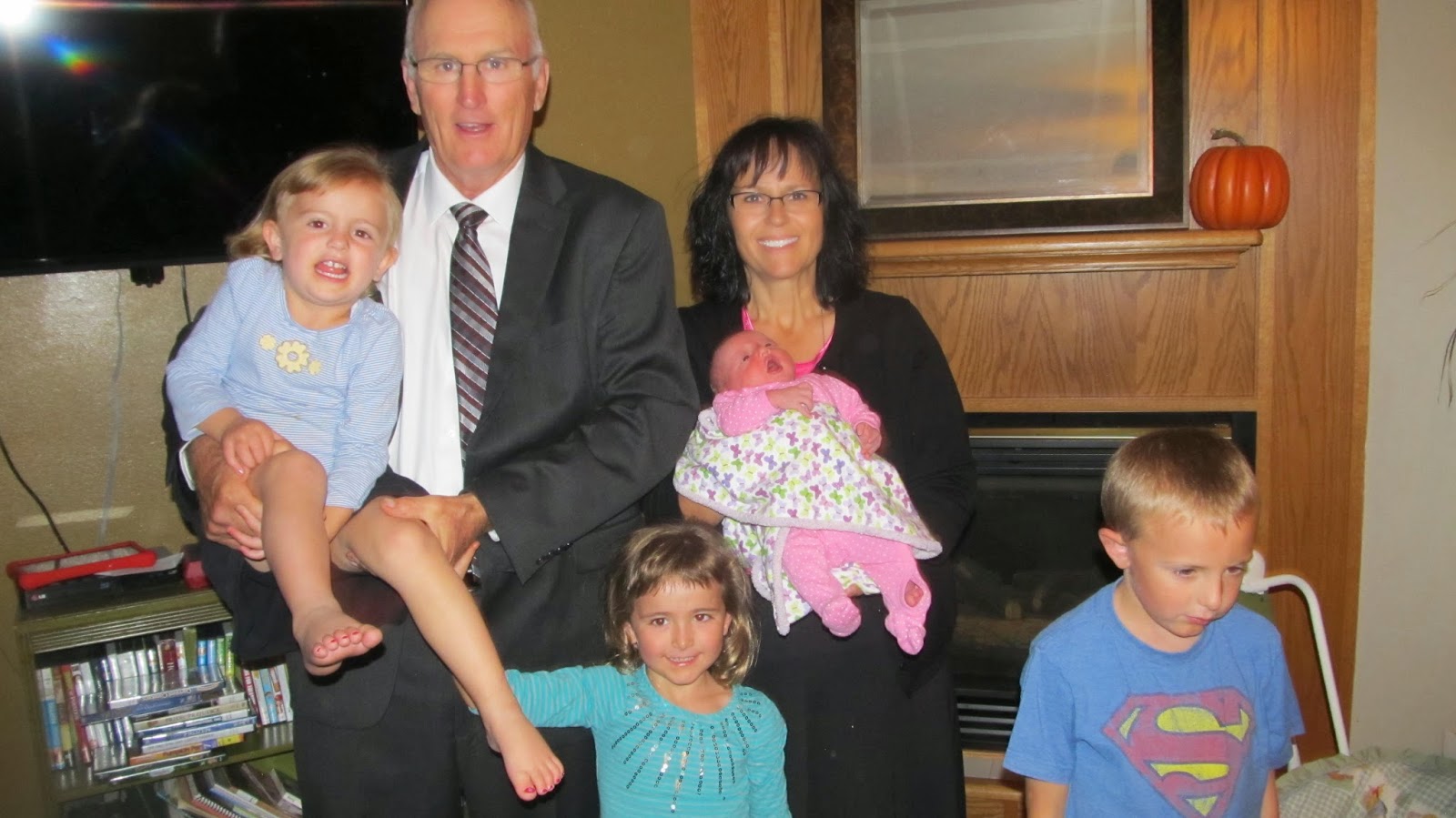 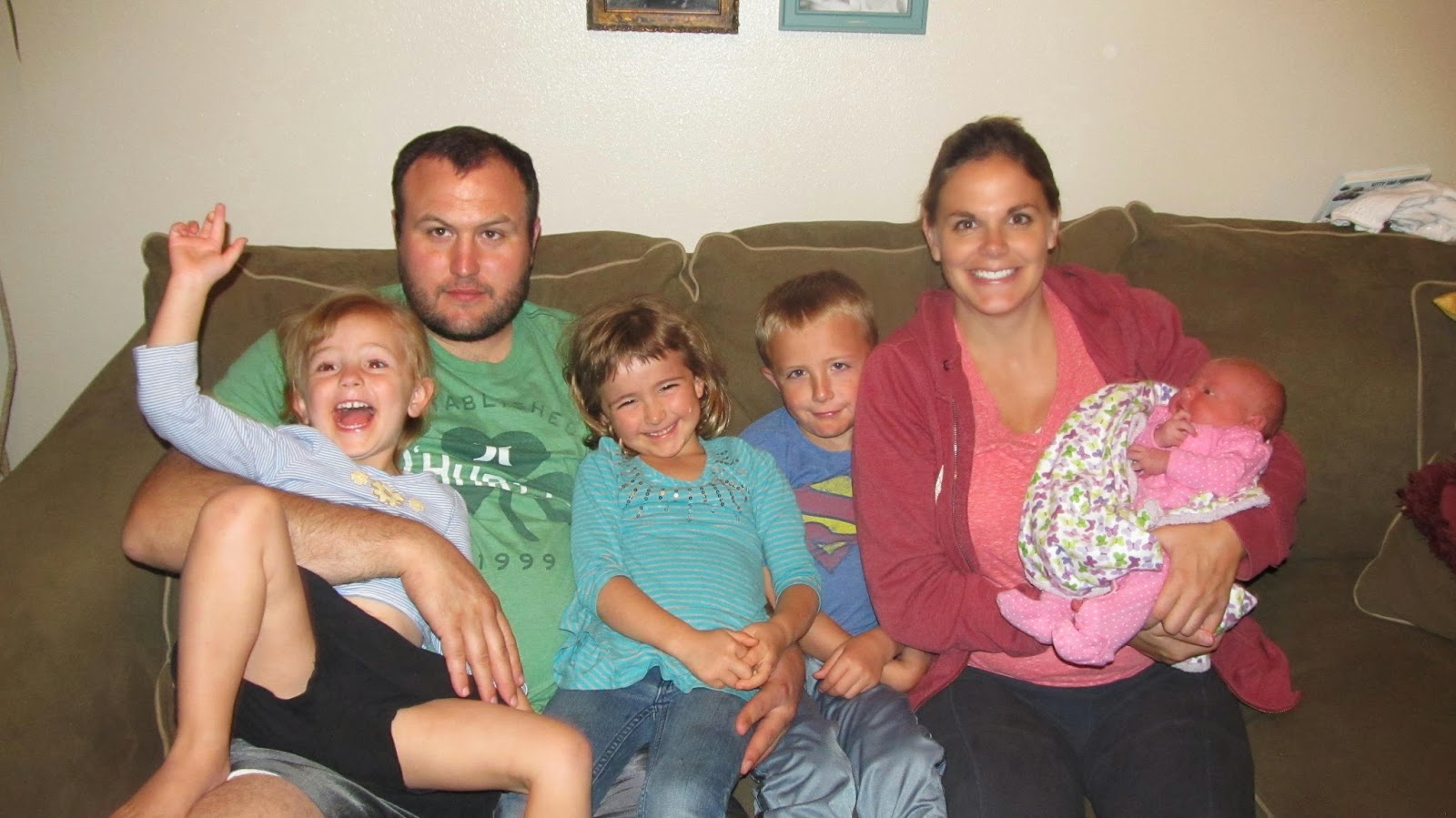 A couple of Sundays ago we had some more visitors for our primary program and to see baby Stahle.  This family pic is crazy but very accurately captures our life right now. :)
Posted by Emily Asay at 11:27 AM No comments: